You are here:
November 22, 2016ProjectsBy Almajiri 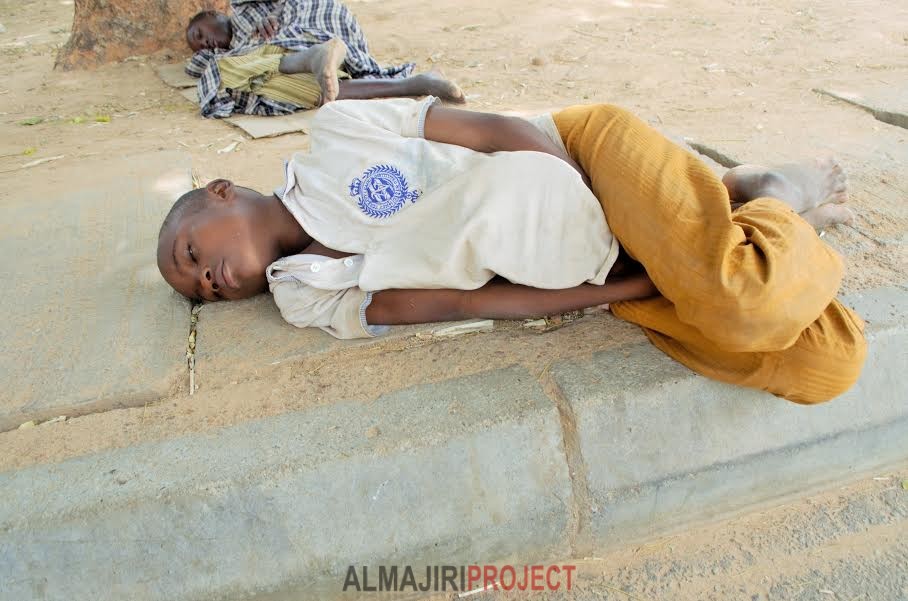 Jamil Mabai’s work cataloging the lives of Nigeria’s abandoned children, Almajiri, as part of the AlmajiriProject, is beautifully heart-wrenching. As I spend time looking through the images, each tells a unique story. Every picture tells a bit more about the life of about 10 million abandoned children of Nigeria’s north.

I think about all the children who sleep on cushion beds in private rooms and who place their precious cell-phones on tables. As expensive as their cell-phones are, they do not have to tuck them in under their shirts and sleep in that state of inconvenience. These children do not have to work and perhaps do not know what work is. Then I look again at this boy whose name I do not know. This boy who is no more than a number in this life, one of 10 million. He works though I wonder if he knows what work is. He has to beg, not for himself but to pay his mualim. He spends most of his day begging and only learns Quran, the excuse for his being discarded, for an hour a day. The rest he spends begging.

Society does not care about him. The mualim does not care much either. His home is a shank roof of an abandoned building. He takes his nap on hard concrete under the hot sun in the middle of the afternoon. Break-time between begging. Protect your beat-up bowl or other comrades might steal it and then what will you use to beg? And if you do not beg and bring home a naira or two, you know mualim will beat your behind and the new sores will add on the old ones yet to heal. Abu just died of his sores, or perhaps something else, who knows, who cares. Did I say home? Dare I use such name to describe a place with no windows and no doors, with no mother or father? With 99 brothers and a mualim with a cane? A place where bellies grumble loudly, challenging the loud slaps of drops of rain on leaking zinc roofs. Home?

But then there is respite yet in the picture. Sleep. At least he sleeps. Society could not steal that from him. How beautiful is sleep. Dear little soul. Protect your begging bowl as you dream of a next life where you will be king and the society who abandoned you hug the bowl on the hard concrete.